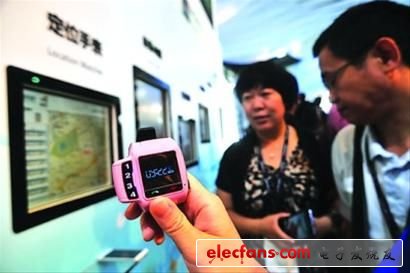 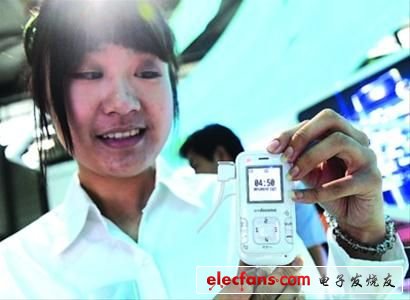 As soon as the mobile phone "shakes", the video can be transferred to the flat-screen TV display; the long-distance travel car can use 4G high-speed download movies and Internet ...

Yesterday, the Asia Mobile Expo, the largest in Asia, opened in Shanghai, and many of the latest mobile communication application technologies debuted at the New International Exhibition Center. These include new technologies such as the "4G car" that can access the Internet all the way, and the "next-generation WiFi" that does not require a password.

A white electric car is equipped with a V-shaped antenna on the top, and blue light flashes on the antenna. A strangely shaped car displayed in the China Mobile (Weibo) exhibition area attracted many visitors. "This antenna on the roof of the car is similar to a router. As long as it has 4G network coverage, it can receive signals on the car, and all passengers on the car can use 4G to go online on the road." Zhao Lijun, Dean of China Mobile Wuxi Research Institute Said that this "4G concept car" represents a new direction for the future development of automobiles.

As for the network speed, Zhao Lijun said that the maximum speed of 4G can reach 90M, which is 10 times faster than the fastest 3G. "People in the car can play multiple HD videos smoothly at the same time."

There is also a smart terminal similar to a computer host in the "4G car". In the future, car riders will no longer need to carry walkie-talkies, but can directly use the car WiFi hotspot to access the Internet for voice calls.

Zhao Lijun revealed that the current "4G car" is still in the research and development stage, "It is expected that the pilot commercialization will not start until two or three years."

It is understood that the current research and development cost of a "4G car" exceeds one million yuan. "In the future, large-scale production can reduce costs." Zhao Lijun revealed.

WiFi is currently searchable in many public areas in Shanghai. However, smartphone users need to enter a user name and authentication password when using WiFi in these areas, which makes some "lazy" and middle-aged and elderly people inconvenient. "In the future, you can use technology to make mobile WiFi Internet access very convenient, and break the restrictions on the use of different operators, to achieve" seamless "access to WiFi hotspots, so that users can access the Internet as easily as making calls." Well-known network equipment The manufacturer, Cisco, demonstrated the "next-generation operator WiFi" technology yesterday. R & D personnel revealed that Cisco has started a pilot experiment with Shanghai Mobile on the "next-generation operator WiFi" technology.

Now it's easy to have a magical star ceiling in your own home, with our high quality fiber optic star kit. Unlike most companies offering star ceiling kits, we actually make our own fiber and components, and our products are certified to exacting CE and ROHS standards. So you can be sure you're getting the best!
Since we design and manufacture our own fiber optic products, our star ceilings are higher quality than those offered elsewhere. As well as high quality components, they come with mixed diameter fibers for a 3D 'near and far' effect, and also have small fittings to give you a neat finish in the ceiling or wall where you're installing the star lights.
Our fittings allow the fiber to pass all the way through to the other side of the material, exposing the fiber end and covering up any ragged edges from drilling. This allows more light through, giving you a more intense star effect. The bare fibers can also be used on their own if you prefer.