In the first half of this year, the â€œbutterfly effectâ€ of a series of global economic downturns such as the European debt crisis has continuously pushed the already turbulent LED industry to the forefront. The packaging industry that is in the middle of the industrial chain cannot survive.

Since the beginning of August, LED listed companies have successively released financial reports for the first half of 2012. The revenue growth rate and gross profit margin performance are not optimistic. For many domestic small and medium-sized LED packaging companies, they are also caught in tight orders and a negative profit growth.

At the same time, according to the Institute's report data, the price of domestic white LED lamp beads has dropped by 20% in the first half of this year. The rapid decline in the price of packaged devices means that for medium-to-large package companies, it means reintegrating and reducing costs. For small businesses, it means low profit and struggle for survival.

In such an industrial environment filled with life and death, how can companies quickly emerge from their predicament and survive these days and become the biggest problem for all packaging companies nowadays. On August 17th, at the 9th Industrial Topics Summit Forum, Wang Peng, sales director of Baishi Optoelectronics, frankly stated: â€œWhoever has deep pockets and strong financial strength will be able to safely spend the shuffling period.â€

In fact, for a longer period of time in the future, it is not only capital that determines the LED packaging company's "life and death", but also cost control and the efficiency of industrial chain integration.

The sharp decline in the price of LED packaging is the main reason for the loss of many packaging companies.

According to the report, in the first half of this year, in the major market of the three major packaging, the price of display devices has dropped to a low point and the products have basically no profit; the price of backlight devices has dropped by 15%, but it has entered the supply chain because the market is relatively closed. Packaging companies can still guarantee a certain level of profitability; lighting device prices have dropped by 10%-20%.

Take Ruifeng Optoelectronics as an example. In the first half of 2012, the financial report showed that the revenue of LED lighting sources was 19.71%, the gross profit margin was 8.96% lower than that of the same period of last year; the medium-sized LED backlight, the revenue growth was 29.95%, and the gross profit rate Compared with the same period of last year, it dropped by 4.54%.

Wang Xun, general manager of National Star Optoelectronics, stressed that on the one hand it is subject to the influence of the global macroeconomic situation; on the other hand, due to the good market conditions in the past few years, the number of new entrants increased, and the rapid increase in production capacity, the competition has become more intense, resulting in a single company. The increase in performance slowed.

In fact, the downstream market demand for packaging continues to grow. Data show that in the first half of this year, the demand for downstream applications increased by about 60%. During the same period, the output of packaged devices increased by 40%-50%, and the production capacity increased by 70%. Unmatched supply and demand and new entrants, especially the general homogenization of domestic packaging products, are constantly engulfing gross margins.

"The market is too fierce, and companies are desperately trying to cut prices. Some companies want to get orders and even lose money." The head of a domestic small and medium-sized packaging company said frankly.

However, as for the overall development trend of the LED packaging industry, Wang Sen is still optimistic: â€œAt present, the industry is only in the transient market over-competition stage. After this round of reshuffling and integration, a group of outstanding companies will be born, which will drive the entire industry to Before the development."

Seek an opportunity to break apart However, there are still opportunities in the market.

Shi Guangdian, an enterprise manager of Wright Optoelectronics, stated that although there are many companies that have suffered losses, the scale and profit of companies that do well have grown.

â€œIn the past few years, due to the turmoil in LED market prices and products, domestic LED lighting products have once again fallen into poor quality in overseas markets.â€ Shi Guangdian stated that with the improvement of European and American market access standards, the original focus on technology research and development And innovative companies, or in the next few years will usher in a clear performance growth.

In fact, opportunities also favor companies that innovate in the structure of packaged products and key materials.

According to Zeng Zili, deputy director of the Institute of High-tech LED Industry, since the beginning of this year, medium-power devices (0.2W-0.5W) are gradually replacing traditional low-power devices (0.06W-0.1W) for indoor lighting applications. "Using mid-power chips for packaging is the trend of future development. Enterprises must deal with price wars, first of all to reduce costs from the product structure."

In addition to changes in product structure, the application of new materials has become an inevitable choice for companies to reduce costs.

â€œThe way to reduce product costs by cutting corners or cutting operating costs is no longer sufficient to meet the requirements of price wars.â€ Shi Guangdian said that the price of traditional material accessories has already fallen to a low point, and this drop has already been lowered.

A person in charge of a newly established glue company in Guangzhou said that the huge changes in market prices have caused new companies to be at a loss.

In sharp contrast, in the first half of this year, a new type of thermal paste glue was introduced on the market, and the price per kilogram increased to 3,500 yuan.

The price is higher than ordinary glue, mainly because this new type of glue can be applied automatically. If the process is controlled, the cost of flattening each COB light source is only 6 to 8 cents. Ordinary glue, due to the use of artificial smearing, costs as much as a hair three to one hair five.

"In a sense, who can quickly introduce new packaging materials, it is possible to occupy the market in advance."

The risk of downstream extension of the "more than 80% of the production capacity is concentrated in 30% of the packaging companies." An industry insider to break the mystery behind the price war. The winners of the price war will be those with large capacity and cost control. Obviously, in the industry integration, packaging is undoubtedly at the forefront.

In fact, the packaging companies are still continuing to extend downstream. In addition to finding outlets for production capacity, the high gross profit of lighting applications also allows everyone to see new market opportunities.

Jing Bing chairman Li Bingjie said that the LED industry is like a pyramid, from top to bottom in order is the upper and lower reaches, in the past the highest profit is at the top, but as the market changes, the situation has reversed this year: upstream profits The thinnest, then the package, and the application of the most profitable.

Statistics show that in the first half of this year, most domestic low-power chips are in a state of loss, and medium- and high-power chips still have a slight profit margin. The average gross profit margin of packaged devices is about 10%-20%, and lighting applications are about 30%.

Take Hongli Optoelectronics as an example, the companyâ€™s revenue declined during the first half of the year, and poor application market performance was one of the major factors. The financial report shows that in the first half of the year, the companyâ€™s LED application products achieved an operating income of 64.99 million yuan, a year-on-year decrease of 7.36%.

As for how to integrate with the downstream lighting industry, Wang Peng said that packaging provides technical services to application companies is a win-win model.

"When packaging companies kill each other and compete with each other, it is also a critical period for industry consolidation." In Wang Peng's view, packaging is currently the best link in the entire LED industry chain.

PVC insulated flexible wire refers to electrical wires with excellent flexibility. This kind of wire adopts pvc insulation, which is very resistant to corrosion, impact, abrasion, weathering, and even chemical rotting, therefore it can well protect the inside conductor  and ensure large electricity transmission capacity. Also the wire has a decent mechanical strength, presenting a super performance when acted by  mechanical force. This wire finds its application in household appliances, Mini Electric Tools, instruments, lighting & other electrical equipment. 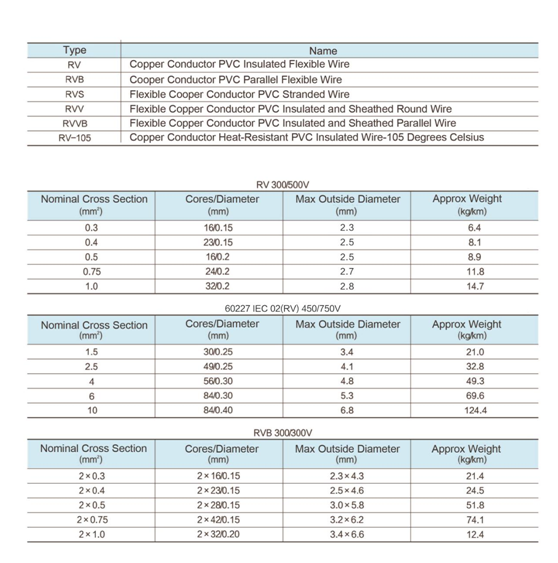 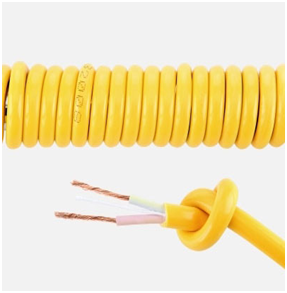 Welcome to visit our factory to learn more about us. If you have any questions, please feel free to contact us.