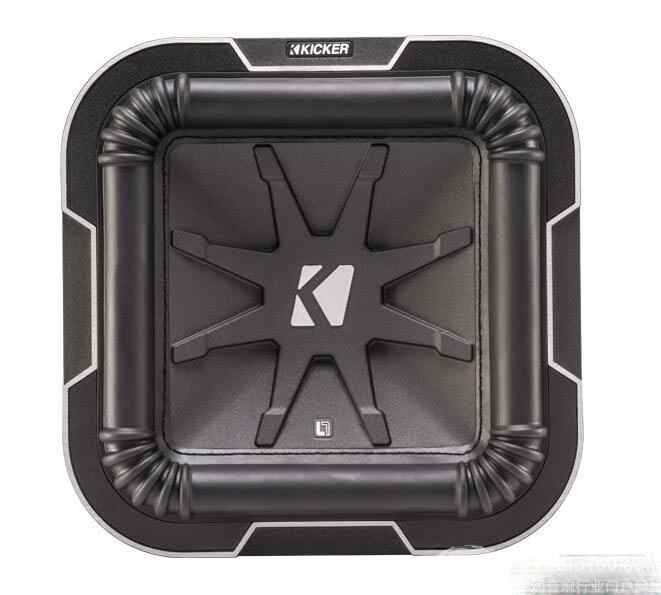 According to the principle of sound generation and internal structure, the speakers can be divided into inverted type, closed type, flat type, horn type, labyrinth and other types, the most important forms of which are closed and inverted. Closed speakers are equipped with speakers on a closed box, which is relatively inefficient. The inverted speaker is different from the circular inverting hole on the front or rear panel. It works according to the principle of the Helmholtz resonator. It has the advantages of high sensitivity, high power capability and wide dynamic range.

Because the sound waves on the back of the speaker are also released from the phase guiding holes, the efficiency is also higher than that of the closed box. Moreover, the same speaker installed in a suitable inverter box will be 3dB higher than the low-frequency sound pressure obtained in the same volume of the closed box, which is beneficial to the performance of the low-frequency part, so this is also a wide range of inverter boxes. An important reason for the popularity.
3, power

There is no direct relationship between the sound quality of the speaker and the power. The power determines the maximum sound intensity that the speaker can emit. It feels like how loud the sound from the speaker can be. According to international standards, power has two methods of labeling:

Rated power (RMS: sine wave rms) is the maximum electrical power required to drive a 8 Î© speaker within the rated range to dictate the waveform's continuous analog signal, after a certain interval and repeat a certain number of times, without any damage to the speaker;

Instantaneous peak power (PMPO power) is the maximum power that the speaker can withstand for a short period of time.

The US Federal Trade Commission set the standard for power calibration in 1974: driving an 8Î© speaker load with two channels, and measuring the effective wattage when the harmonic distortion is less than 1% in the range of 20 to 20000 Hz, which is the amplifier's Output power, the indicated power is the rated output power. Usually, in order to cater to the consumer psychology, the merchants mark the instantaneous (peak) power, which is about 8 times of the rated power. Imagine the same TDA1521 power amplifier chip with PHILIPS (maximum rated power 30W, THD=10%), and some products are nominally 360W, even 480WP.MPO, is this possible? Does it make sense? So buy multimedia The speaker should be based on the rated power.

However, the harmonic components that make up the sound are very complicated. The wider the frequency range, the better the sound is, but this is basically correct for medium and low-end multimedia speakers. In the labeled frequency response, we usually see the terms "system frequency response" and "amplifier frequency response". We must know that the "system frequency response" is always smaller than the range of "amplifier frequency response", so only the label is marked. "Amplifier frequency response" does not make any sense, it is only used to deceive some unsuspecting consumers. Nowadays, the speaker manufacturers generally have a wide range of system frequency response, and there are not many high-frequency parts, but the annotation on the low end is extremely unreal. The foreign famous HiFi (high-fidelity) speakers are also marked with 4, 50Hz or so. And the domestic two or three hundred wooden ordinary speakers actually dare to mark this data, it really makes people laugh at the big teeth! So please tell everyone that the low-band sound must be heard, do not easily believe the value on the leaflet. The music in the multimedia speaker is mainly based on the music, songs, sound effects of the game, background music and the vocal and environmental sound effects in the movie. These sounds are mainly medium and high sounds, so when selecting multimedia speakers It should be more focused on its ability to express sound in the mid-to-high range, rather than the low frequency band. If you really want the cinema effect, then a powerful subwoofer can definitely meet your needs.

The strength of the sound is called the intensity, which is determined by the magnitude of the rapidly changing air pressure (sound pressure). However, the subjective feeling of the human ear is not consistent with the objective actual intensity. People regard the subjective feeling of strength as the loudness, and the unit of measurement is also decibel (dB), which is based on the sound of 1000Hz sound at different intensities. The ratio of pressure is determined by l/10 of its usual logarithm. The reason for taking the logarithm value is because the increase in intensity and loudness is not proportional to the relationship between the true number and the logarithm! For example, when the sound intensity is as large as 10 times, it sounds like a level (10dB), and the intensity is large enough. At 100 times, it sounded like two levels (20dB). For a 1000 Hz sound signal, the minimum sound pressure that the human ear can feel is 2Ã—10E-5Pa, and the sound pressure level is set to 0 dB. When the sound pressure exceeds 130 dB, the human ear will be intolerable, so the dynamic range of the human ear hearing is 0 to 130 dB.

There are harmonic distortion, intermodulation distortion and transient distortion. Harmonic distortion refers to the distortion caused by the higher harmonic components that the original signal does not have in the sound playback; the intermodulation distortion mainly affects the tonal aspect of the sound; the transient distortion is due to the existence of a certain inertial mass of the speaker. The vibration of the basin cannot keep up with the difference between the original signal and the playback sound caused by the vibration of the instantaneously changing electrical signal. It is more important in the speaker and speaker system, which directly affects the degree of restoration of the sound quality, so this indicator is closely related to the quality of the speaker. This is often expressed as a percentage, and the smaller the value, the smaller the distortion. The distortion of ordinary multimedia speakers is preferably less than 0.5%, and usually the distortion of the subwoofer is generally large, and less than 5% is acceptable.

6, the sensitivity of the speaker (in dB)

There is a term that is easily confused with the term "damping coefficient", which refers to the speaker impedance divided by the internal resistance of the amplifier source, which ranges from approximately 25 to 1000. The speaker cone is oscillated several times after the electrical signal has disappeared to completely stop the oscillation, and the voltage generated by the coil generates current and magnetic field to prevent this parasitic motion, which is damping. The magnitude of the current, that is, the effect of the damping, depends on the internal resistance of this current flowing through the output stage of the amplifier. This resistance is much lower than the rated impedance of the speaker, typically 0.1Î©, but due to the series resistance and frequency division of the speaker voice coil. The existence of the series resistance of the network, the damping coefficient is difficult to achieve 50.

It refers to the ratio of the normal sound signal played back by the speaker to the noise signal (power) when there is no signal. Also expressed in dB. For example, a tape recorder has a signal-to-noise ratio of 50 dB, which means that the output signal power is 50 dB greater than the noise power. The higher the signal to noise ratio, the lower the noise.

9. The structure and characteristics of the speaker

The speaker can be divided into a bookshelf type and a floor type according to the structural form. The former is small in size, clear in level, and accurate in positioning, but the power is limited, and the extension and the sense of quantity in the low frequency band are insufficient, and it is suitable for enjoying music hobbies mainly based on high fidelity music. And also the first choice for our multimedia enthusiasts;

The latter is large in size and bears a large amount of power. The sense of low frequency is strong and flexible. It is good at expressing the imposing momentum and powerful shock, but it is not good enough for layering and positioning. For lovers of different music, this is also an important part that should be understood before purchasing.

The use of a K-rated transformer is anywhere non-linear loads are present. Prime uses would be in factory automation, computer rooms, and office buildings because of the high harmonic content in these areas, Typically a K-13 rated transformer is sufficient for most applications. UL recognizes K-factor values of 4, 9, 13, 20, 30, 40 and 50. The K-factor number tells us how much a transformer must be de-rated to handle a definite non-linear load or, conversely, how much it must be oversized to handle the same load.

How to choose your K factor transformer?

Or send your requirement to SCOTECH!