Skip to content
October 28, 2020
In 2014, Japanese scientists Akasaka Yoshi, Amano and Japanese-American scientist Nakamura Shuji won the Nobel Prize in Physics for his outstanding contribution to the research of blue LED. This incident has greatly inspired Japanese scientists to continue to struggle for people's lives in their own research fields. As far as blue LEDs are concerned, although the public is unfamiliar with the term, it does change the way millions of homes are illuminated. 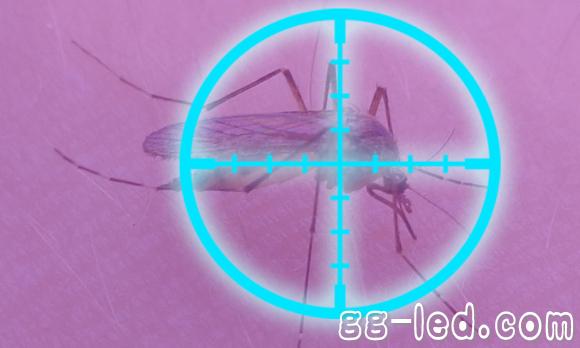 Recently, a research article published by Tohoku University in the journal Science Report shows that scientists have found a new direction for the use of blue LEDs. When the blue LED is at the correct emission frequency, it evolves into an effective, natural and harmless new insecticide. For the first time, researchers have discovered that visible light in the blue region of the spectrum is a deadly weapon that kills pests such as mosquitoes and fruit flies.

1. Light source insecticidal effects of different colors vary <br> <br> Northeastern University research team of four scientists experiment teams to fruit flies, mosquitoes and insects as flour beetle three subjects completed the light source for insects Influence the experiment. In the growth period in which three types of insects grow from young eggs to adults, the researchers illuminate them at different angles with different intensity of color light. The results of the experiment are very interesting. Scientists have found that when light changes from ultraviolet (378 nm) to visible blue light (508 nm), insects have no way to escape the fate of being annihilated. However, red light and yellow light basically do not harm insects.

2. According to the type of insects, the "light" under the symptom

More interestingly, the wavelength of light is not exactly the same as its insecticidal effect. For example, light from 467 nanometers kills fruit flies more than any other wavelength source; the 417 nanometer light source has excellent killing power for mosquitoes. This means that each insect has its own unique "fatal wavelength", which of course is related to their living habits. Mosquitoes are accustomed to flying under strong sunlight and are effective against most wavelength sources. However, high-intensity ultraviolet radiation is their death knell. While flour beetles live in dark environments, they become very fragile in light changes from 404 nm to 467 nm. From this point of view, we must prescribe the right medicine for these insects.

3. The blue LED works <br> <br> we can not wait to know the nature of its work. Although a series of experiments are beyond the understanding of ordinary people, scholars at Northeastern University believe that the principle of blue LEDs in killing insects is basically the same as that of ultraviolet radiation. Scientists say that certain wavelengths of blue light and ultraviolet light can effectively promote the formation of a molecule called reactive oxygen species (ROS) when irradiating insects. Active oxygen will destroy the cell tissue in the insect body and eventually cause death. Although people don't know how to use blue LEDs to make the right insecticides, at least we can be sure that the light has a significant effect on the pest control. If further research is available, the scientists will benefit humanity in a way that is healthy and harmless and cost-effective in food cultivation and disease control.